George Weigel's "The End and the Beginning: Pope John Paul II -- The Victory of Freedom, the Last Years, the Legacy"

George Weigel's new book, The End and the Beginning: Pope John Paul II -- The Victory of Freedom, the Last Years, the Legacy,

which was published by Doubleday on September 14, is the fulfillment of a promise the author made to Pope John Paul II less than four months before the pope died. In "A Promise To Pope John Paul II" ("The Catholic Difference" 9/17/10), Weigel gives his account of his parting words to the late Pope before his death:

The conversation over dinner was wide-ranging, and at one point, after the usual papal kidding about my having written "a very big book," John Paul asked about the international reception of Witness to Hope, his biography, which I had published five years earlier. He was particularly happy when I told him that a Chinese edition was in the works, as he knew he would never get to that vast land himself. As that part of the conversation was winding down, I looked across the table and, referring to the fact that Witness to Hope had only taken the John Paul II story up to early 1999, I made the Pope a promise: "Holy Father," I said, "if you don't bury me, I want you to know that I'll finish your story."

It was the last time we saw each other, this side of the Kingdom of God.

According to Weigel, The End and the Beginning covers the last six years of John Paul II's life, including:

Related
George Weigel, Distinguished Senior Fellow of the Ethics and Public Policy Center, is a Catholic theologian and one of America's leading public intellectuals.

George Weigel on the Intersection of Faith and Politics (Selected Writings) 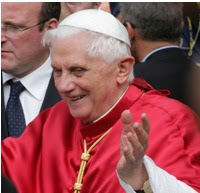 George Weigel on Iraq, "The War on Terror" and the Catholic Just War Tradition

George Weigel: "Against the Grain: Christianity and Democracy, War and Peace"

George Weigel: "Faith, Reason, and the War Against Jihadism: A Call to Action"

George Weigel: "The Cube and the Cathedral"

George Weigel: "The Courage to be Catholic"

George Weigel: "The Truth of Catholicism: Inside the Essential Teachings and Controversies of the Church Today"

George Weigel: "Soul of the World: Notes on the Future of Public Catholicism"

George Weigel: "Idealism Without Illusions/U.S. Foreign Policy in the 1990's"

George Weigel: "The Final Revolution: The Resistance Church and the Collapse of Communism"

George Weigel: "Catholicism and the Renewal of American Democracy" 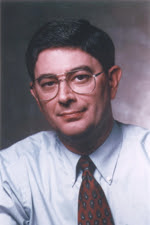